Built in 1969.  Made of wood.  As you can see, she is beautiful.  Found by Ben in a boatyard in Trinidad in 1999 (way before I met him). Bought for a song (she was not in a good state – apparently tress were growing out of her).  Didn’t stop him recognising a thing of beauty.  He brought her for peanuts (a fortune to him then), and got her to (in his words), ‘a reasonable sea state’ and then sailed her back from Trinidad to France. What this meant was he nailed on a plywood deck, bought a bag of rice, some limes, some fishing line, and some vitamin pills. Just him and Cato, the tomcat.  Dhanu had no engine.  No radio. It took 61 days. Then in France, over the next few years he totally rebuilt her into the warm and beautiful wooden hearth she is today. The works resumed in October 2013 to prepare her for life at sea once more. No tomcat this time. Rather, a wife and two daughters.

Dhanu was hauled out of the water in October 2013. Prior to departure Ben replaced most of the planks below the waterline. They weren’t really needed but at least it gave him the reassurance of a super strong hull. Ben worked many hours tweeking her here and there to accommodate the new crew, whilst I was at home with the newborn.  Plate was overflowing then.  It took huge amounts of effort to unpick the claws that pinned us to our comfortable lives at home.  All so that we could sail away on Dhanu.  She is not big. She’s not modern. She sure ain’t high tech. But she is beautiful. She is now our home. We are comfortable, but it is a bit like camping.

We have no bathroom and no fridge. There are always bathrooms on shore and anyway, in the tropical climate, deck showers are just fine when we cant be bothered to trek ashore. Sure it is not for all, but it is not (yet) a deal breaker for us. The upside? No blocked pipes or a boat smelling like a men’s urinal. Aside from the absence of these things we have everything else. Kitchen with gas hob, gas oven plus various galley bits and pieces to enable decent cooking. We have a saloon (no saloon doors sadly – they were considered, hilarious idea). The saloon comprises of two cushioned bench areas with bookshelves behind and lockers beneath. A big table in between. We have lots of cubby holes and storage lockers. Then we have the ‘bedroom’- in the foc’s’le (beneath foredeck, at the bow). A big mattressed area in which we can all sleep. On passage, the kids sleep there whilst Ben and I sleep behind leecloths in the saloon on standby to take watch.  In port however, given that kids grow, we are finding it harder to all play sleeping tetras…especially when two of us just sleep how they like…up down, across, on top…it is becoming a bit of an issue!  We need a bigger boat.

But these things aside, we live simply.  Our carbon footprint must nearly be negative! We make our own power through one solar panel. Having the engine battery for back up. We can carry about 140 L of water in the tank plus numerous jugs and bottles for additional capacity. 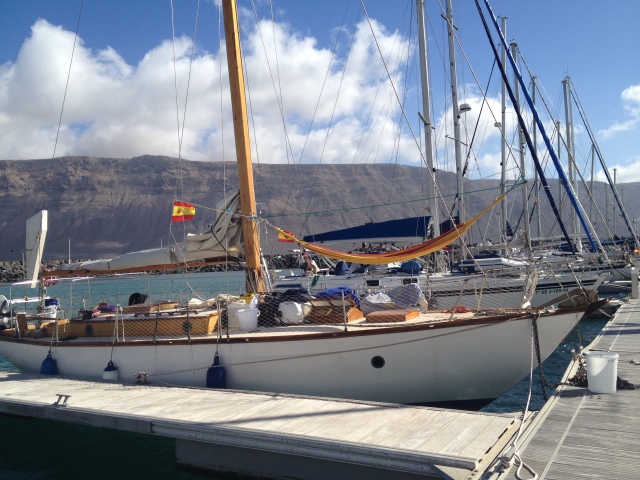 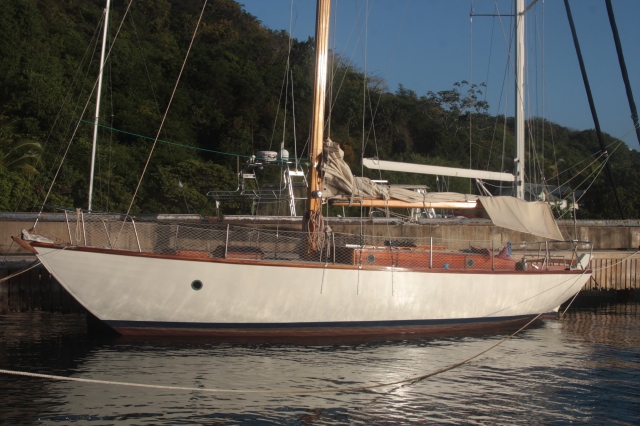 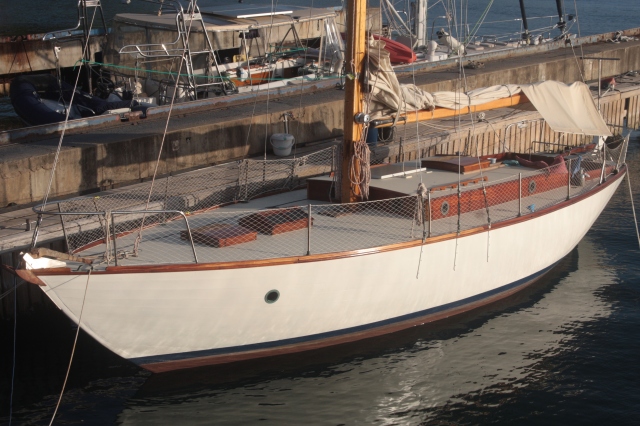 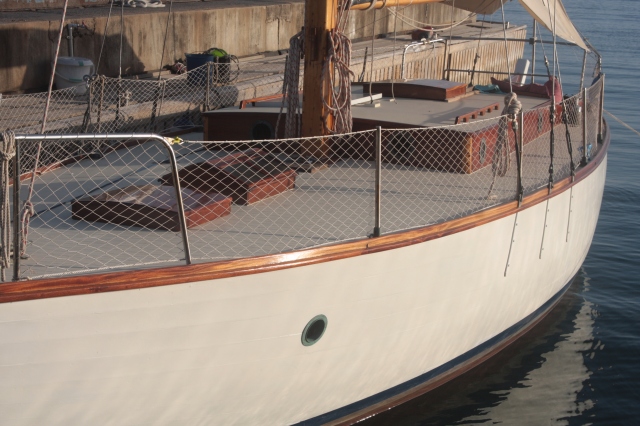 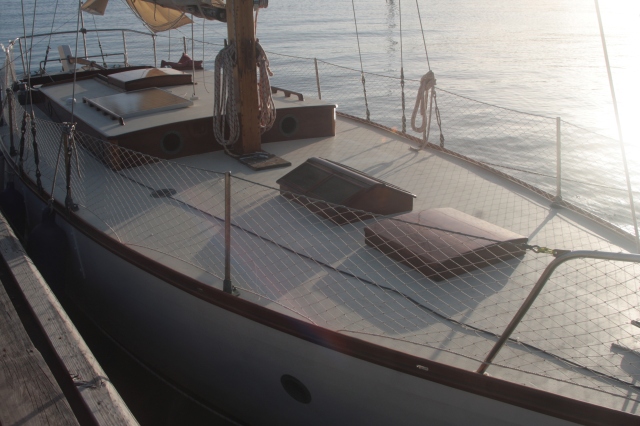